Today marks 100 days until the UK’s extended deadline to officially leave the European Union and the beginning of Boris Johnson’s premiership, with many hoping he will provide a fresh sense of direction to the leaving process.

Since Article 50 was invoked in March 2017, we’ve seen the exit date pushed back, several deal rejections and a long list of ministerial resignations. In fact, the process has become so drawn out that many of us have lost track of where we are – so, as the deadline draws closer, what is actually going on with Brexit?

Deal or No Deal?

Currently, MPs are in the process of reviewing and amending an extensive bill. The bill details a transition period, known as an implementation period, that will last 21 months. During this time, the UK will need to follow EU rules but will lose membership of all EU institutions. This period can be extended by up to two years, but such an extension would have to be agreed by the UK and the EU. The implementation period allows businesses and the government themselves to prepare for a future outside of the EU.

One of the most hotly contested points within the bill is the Irish backstop, an effort to avoid a hard border between Ireland and Northern Ireland. As part of this backstop, Northern Ireland will have closer ties with the EU than the rest of the UK and more of the rules and regulations of the European Union will apply to them.

Earlier this week, the House of Lords backed an amendment to the Northern Ireland Executive Formation bill which restricts our new Prime Minister Boris Johnson from suspending parliament to introduce a no deal Brexit before the deadline.

According to data from Which?, the average UK house price fell each month from August 2018 to April 2019. [1] This dip has been most pronounced across London and the South East, with several prominent Northern cities enjoying decent house price growth since the Brexit referendum. Of course, it is hard to say how much Brexit is responsible for either of these trends, with many arguing that the market is simply experiencing a correction following the astronomical growth it has experienced over the past five years or so.

Using each country’s best-known indices as a guide, the UK stock market has underperformed since the referendum in comparison with America and Japan, albeit still delivering satisfactory results. The American Dow Jones indices report a 34% rise and the Japanese Nikkei indices report a 33% rise, with the UK’s FTSE 100 reporting a comparatively modest 15% rise. [2]

As for peer to peer lending, there has been a greater focus on investors diversifying their portfolio across different platforms and securities but overall, investment into the P2P sector remains strong.

As new Prime Minister Boris Johnson has publicly stated, he is committed to leaving the EU by the 31stOctober with or without a deal. However, the fact that many of his colleagues in both Houses are committed to negotiating a deal before we exit could cause complications as Brexit’s final 100 days get underway.

As for what happens next, you’ll have to stay tuned! But in the meantime, if Brexit has made you re-think your investment strategy or even just raised some questions you’d like to ask, feel free to get in touch with the team on 01474 33 44 88 or email hello@wp1www.kuflink.com. 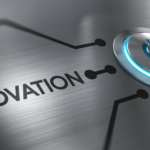 The future of fintech

Peer-to-peer lending as an ethical investment

Peer-to-peer lending as part of a diversified portfolio 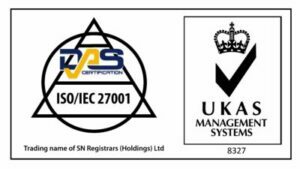 Kuflink Ltd (Incorporated in England & Wales: Co. No. 08460508) is authorised and regulated by the Financial Conduct Authority (FRN: 724890), as an Online P2P Platform. Registered office: 21 West Street Gravesend, Kent DA110BF.  Kuflink Ltd has been approved by the Board of HM Revenue and Customs to act as an ISA manager in May 2017 to offer Innovative Finance ISAs – ISA manager No – Z1943.

Lender/Investor Risk Warning
* Don’t invest unless you’re prepared to lose money. This is a high-risk investment. You may not be able to access your money easily and are unlikely to be protected if something goes wrong. Take 2 mins to learn more. Capital is at risk and Kuflink Ltd is not protected by the FSCS. Typically, higher rates of up to 8.08% could be available if you compound appropriate Select/Select IFISA investments. Past returns should not be used as a guide to future performance. Securing investments against UK property does not guarantee that your investments will be repaid and returns may be delayed. Tax rules apply to IFISAs and SIPPs and may be subject to change. Kuflink does not offer any financial or tax advice in relation to the investment opportunities that it promotes. Please read our risk statement for full details.

Borrower 1 Risk Warning
* Loans, interest rates and completion times are subject to underwriting criteria. We only sell bridging finance products from Kuflink Bridging Ltd. We do not offer products from across the mortgage market.
FAILURE TO MEET THE REPAYMENT CRITERIA OF A LOAN COULD RESULT IN THE SECURITY BEING REPOSSESSED.

Borrower 2 Risk Warning
* Loans, interest rates and completion times are subject to underwriting criteria. We only offer mortgages from Kuflink Home Loans Ltd.
YOUR HOME MAY BE REPOSSESSED IF YOU DO NOT KEEP UP REPAYMENTS ON YOUR MORTGAGE OR OTHER LOAN(S) SECURED ON IT.