The Brexit vote may have happened way back in June 2016, but the debate rages on as fiercely as ever. Most of the narrative surrounding Brexit covers trade deals, Article 36H, immigration and other high-level topics but, more than two years on, what do we know about how leaving the EU is likely to affect us on a day-to-day basis?

Truthfully, the answer is that there is so much uncertainty surrounding Brexit that not even the most senior politicians or advisors could paint you an entirely accurate picture of what’s to come. However, using our in-house experts and the most up-to-date research, we explain how you can plan your personal finances around the likely impact on housing, groceries, utilities, investments and holidays.

The housing market is often the first place to be affected by economic uncertainty, with many buyers and sellers keen to ‘wait out’ the potential effects of Brexit before moving or investing. It’s likely that a lot of disruption will be due to this perceived uncertainty rather than by a direct, Brexit-led impact. So far, the property market is holding out extremely well and in many places, average house prices have risen substantially.

Interestingly, academics have suggested that new-build house prices may rise should post-Brexit immigration law make it harder for European builders to work in the UK, as labour from domestic firms is often more expensive.

As one of our most regular expenses, it’s easy to use food prices as a measure for the economic impact of Brexit. Much of our food is imported from the EU, which means that we are likely to see a rise in prices, especially in the event of a ‘no deal’.

We should also bear in mind that Britain sources 12% of our gas and 5% of our electricity from the EU and, as such, households may end up paying more for their utilities after Brexit. We could even face energy shortages if the country is unable to reach a deal quickly enough.

Market fluctuations can affect volatile investments very rapidly, and it’s inevitable that in a time of uncertainty, some stocks and shares will dip in value. Whilst there was unease about the property market during the referendum campaign, the real Brexit effect has been much less dramatic. There has been a slowdown in the growth of property values, which now average around 5% per annum across the country, although this certainly isn’t the property crisis some had predicted and the market looks set to fare well throughout the rest of the leaving process.

If you’re concerned about the risk to your investment portfolio, then now is a great time to make sure that it’s as diverse as possible. Having a portfolio backed by a range of securities and investing across different channels is one of the best ways to ensure you’re prepared for all possibilities, however small you perceive the risks posed by Brexit to be.

Many of us have fretted about the possibility of having to join the dreaded, hours long ‘Non-EU’ queue at passport control, but how else might our summer holidays be affected? We’re already getting less for our money at foreign exchange bureaus, mobile network roaming charges could be affected, and British citizens may lose our EHIC health insurance benefits. Holiday goers may also be expected to gain a visa before travelling to Europe, although the cost of this is likely to be nominal.

Planning Your Finances After Brexit

Whilst it’s easy to get bogged down in the potential ‘doom and gloom’, it’s more than likely that your finances will be absolutely fine in the long term. The key is to start planning as early as possible, work out where your current budget is being spent and consider how you could free up some extra funds if you feel you may need to.

How The Pandemic Will Affect How You Invest Your Money 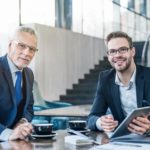 Coffee With Kuflink: A chat with Kuflink CEO Narinder Khattoare 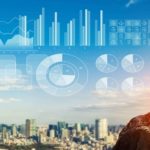 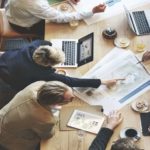 Coffee with Kuflink; a chat with Narinder Khattoare, CEO 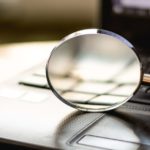 Parked Prices; A Look Back On April

*Capital is at risk and Kuflink is not protected by the FSCS. Please read our risk statement for full details.

*Capital is at risk and Kuflink is not protected by the FSCS. Past returns should not be used as a guide to future performance. Securing investments against UK property does not guarantee that your investments will be repaid and returns may be delayed. Tax rules apply to IF ISAs and SIPPs and may be subject to change. Kuflink does not offer any financial or tax advice in relation to the investment opportunities that it promotes. Please read our risk statement for full details.

Any cookies that may not be particularly necessary for the website to function and is used specifically to collect user personal data via analytics, ads, other embedded contents are termed as non-necessary cookies. It is mandatory to procure user consent prior to running these cookies on your website.